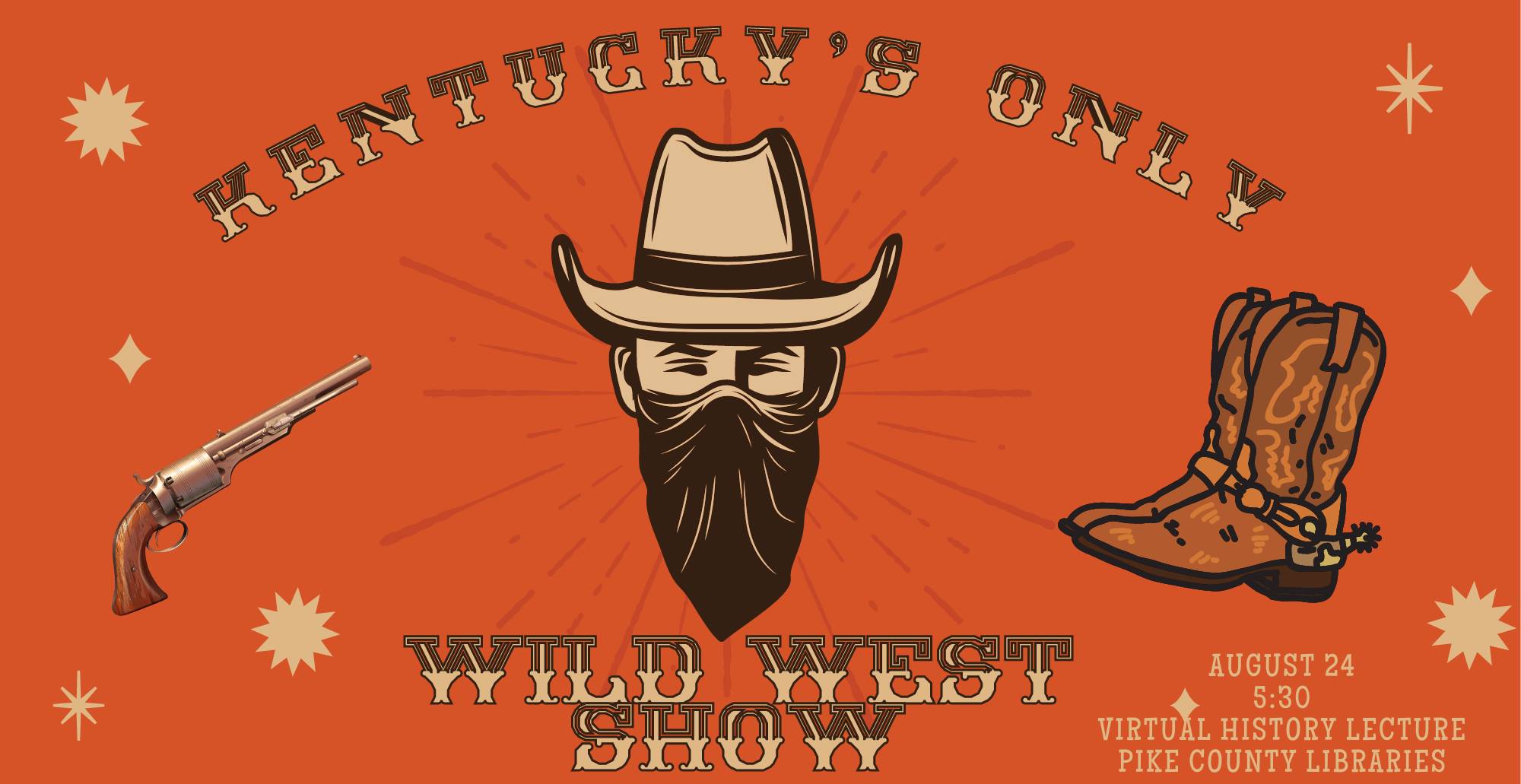 Kentucky’s history is filled with many unique and interesting tales, but one would not expect a Wild West Show to call it home. Yes! That’s right, a traveling Wild West show right here in Kentucky. Wild West shows were extremely popular at the turn of the 20th Century, and four Paducah showmen by the last name Terrell, who were also brothers, decided they wanted in on the action. Their show toured the 1900-1902 seasons as “Buckskin Bill’s Wild West Show,” then as “The Great Cole Younger and Frank James Historical Wild West Show” for the 1903 season, and finally “Buckskin Bill’s Historic Wild West and Consolidated Congress of Wonders” for the 1904 season. The show called Paducah home for the 1900-1902 seasons.
This program will be held virtually via Zoom and live streamed to the library’s Facebook page on August 24 at 5:30.
Join Zoom Meeting:
https://us02web.zoom.us/j/88113683485
Meeting ID: 881 1368 3485