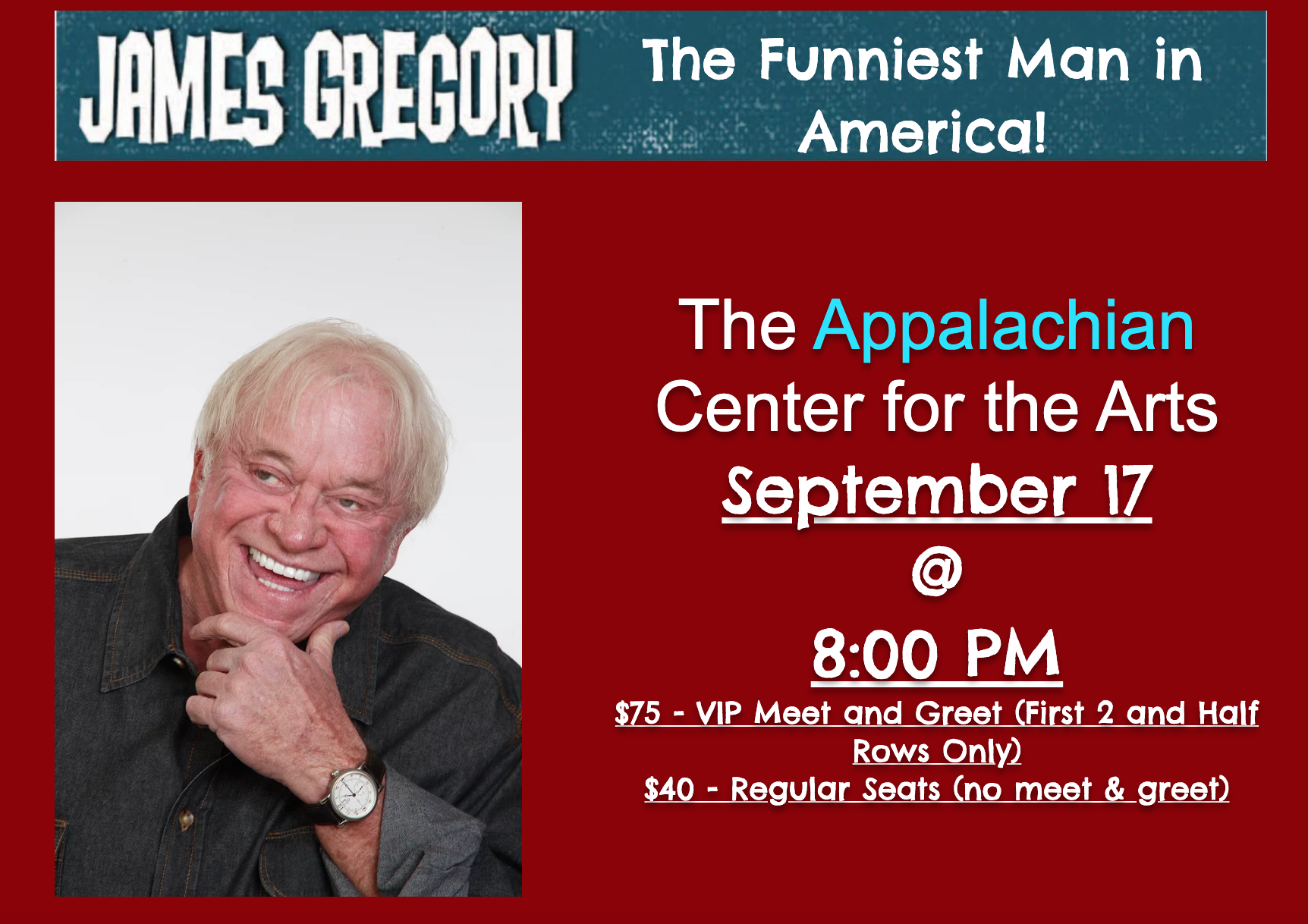 For decades, the unforgettable caricature of veteran comedian James Gregory has stood grinning: his shirt untucked, his arms outstretched, a carefree welcome to a down-home, hilarious comedy experience. It’s storytelling at its best. The trademark caricature is the essence of humorist James Gregory’s comedy: rib-tickling reflections on life from the front porch.

Refusing the vulgar and profane, Gregory instead relies on a wry sense of the absurd, a southern accent and universal story-telling, often drawn from his own life, to create an evening of non-stop laughter. The ridiculous, the common, and sometimes even the simplest events all become hilarious in the hands of this master storyteller and world-class comedian!