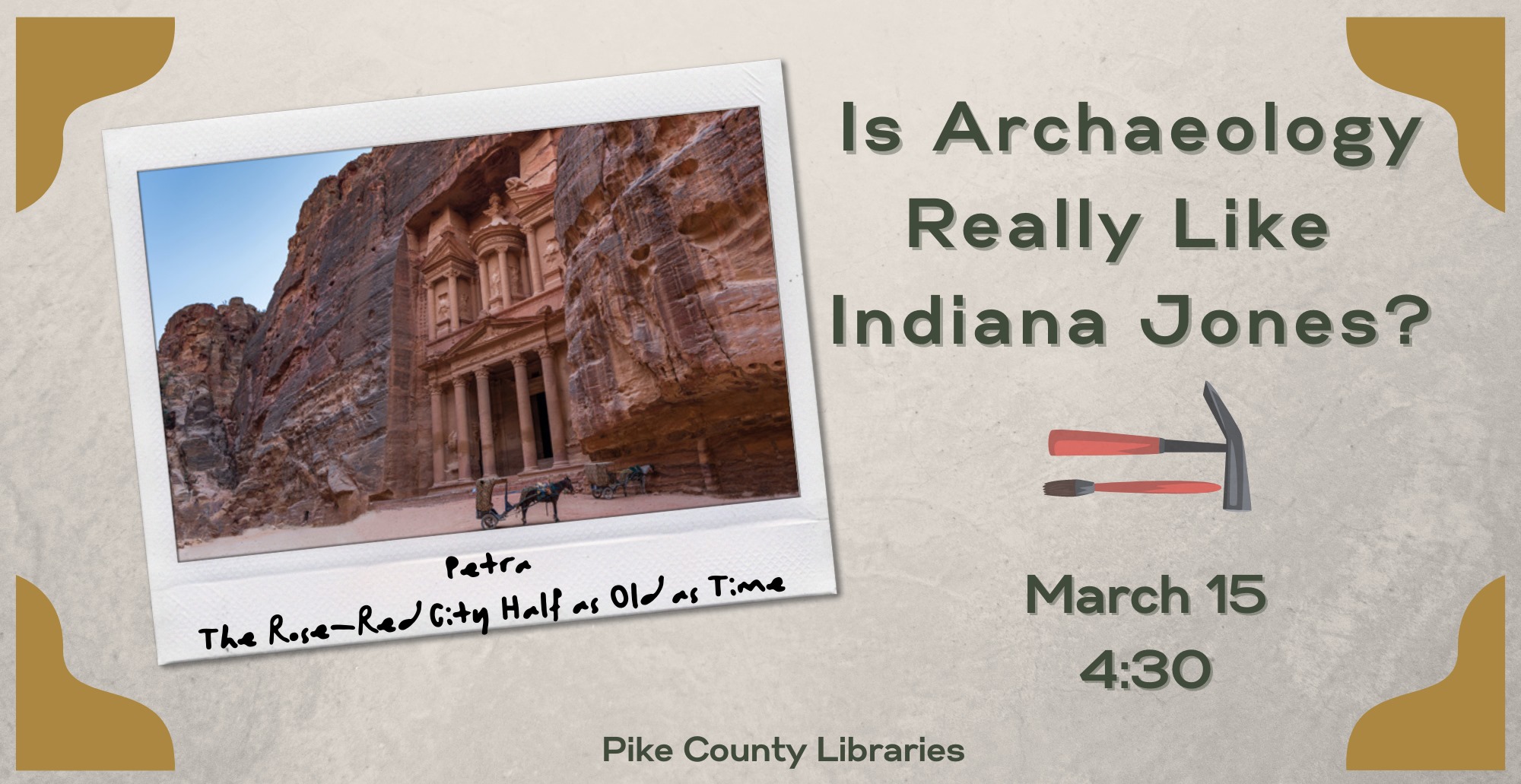 See an actual dig with an archeologist in this virtual program on March 14 at 4:30! Petra, “The Rose-Red City Half as Old as Time,” is nestled in a mountainous basin in a remote, rugged corner of Jordan. Recently named one of the New Seven Wonders of the Ancient World, Petra is famous for its rock-cut tombs and monuments, including a Roman theater capable of seating as many as 8,500 people. Petra served for a time as one of the major trading centers of the ancient world. It also served as a backdrop for scenes in Indiana Jones and the Last Crusade. After a series of earthquakes in about 400 AD, Petra lay essentially abandoned; it was not rediscovered until 1812. Archaeological investigations at Petra continue to the present day. This presentation goes behind the scenes on an actual dig at the site, where you will learn archaeology techniques, and whether archaeology is really like it is in the movies.
This virtual program will be done through Zoom only. It will not be lived streamed on the Facebook page. Zoom info will be shared here on the morning of the program.